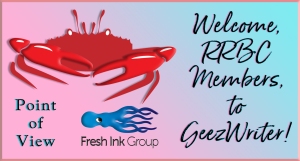 You might know me as Stephen Geez, but right now you’re meeting (revisiting?) my GeezWriter brand for enhancing writing and publishing skills. I’ve volunteer-taught story-writing classes to youths and adults around the USA over many decades while developing a plethora of hand-outs and how-to’s. I’ve packaged a dozen or so how-to books and outlined many more, the first five of which are now available on Amazon. The GeezWriter website where this blog is embedded offers pointers and services (book trailers, editing, cover design—you can find the list) from Geez and my talented crew as well as from other experts such as the esteemed Harmony Kent, Lizzie Chantree, Marcha Fox, and Beem Weeks. Other experts have accepted my invitation to join, so watch for this to keep expanding.

Here is an excerpt from my Point of View ebook in which I coin the terms UPOVR (Unnecessary Point-of-View Reminder) and the more youthful version, POV-Duh! The book explores more advanced examples, but here is a simple introduction with sample paragraphs showing how eliminating UPOVRs enhances characterization. Note that much of your prerogative to harness the limitless potential of POV is forfeited if you “head-hop,” which is frequently changing POV character in the same scene. The modern literary convention of choosing a single POV for an entire scene (or chapter or whole novel) allows readers to immerse us in the character without constantly cueing POV switches. Pick a POV, authors, and stick with it at least until the next scene break, then consider how to work that for greater effect. The brief examples below will get you started. Consider how you might improve this paragraph about “Marty.”

Marty peeked out his front door and saw two tattooed teenagers on the sidewalk.  He noticed they looked jittery.  A parked car could be seen, which a third teen leaned against.  Marty recalled riding in the same kind of car several years before, and he remembered how luxurious it felt.  He could hear birds chirping overhead, but he detected a note of franticness in their songs.  That’s when he caught a whiff of smoke.  He thought it smelled like drugs, and he felt angry about the teens’ invasion of his neighborhood.  It looked to him like they did not care that they were intruding on someone else’s property.  He considered the idea that they had probably stolen that car.

After being introduced, Marty required little or no direct reference in such a short narrative.  You do not need to alert readers that your POV character is using his or her senses, nor is it necessary to state that whatever opinion or interpretation permeates the narrative belongs to him or her.

Note the italicized examples of POV-Duh!, and practice spotting similar kinds of wordiness in your own prose.

Marty peeked out his front door and saw two tattooed teenagers on the sidewalk.  He noticed they looked jittery.  A parked car could be seen, which a third teen leaned against.  Marty recalled riding in the same kind of car several years before, and he remembered how luxurious it felt.  He could hear birds chirping overhead, but he detected a note of franticness in their songs.  That’s when he caught a whiff of smoke.  He thought it smelled like drugs, and he felt angry about the teens’ invasion of his neighborhood.  It looked to him like they didn’t care that they were intruding on someone else’s property.  He considered the idea that they had probably stolen that car.

POV-Duh!s have a tendency to creep in when the author is not careful to avoid narrative intrusion.  Unless another character is identified as the storyteller, intrusive exposition forces the author to remind readers when description has shifted from the author’s perceptions back to the POV character’s.  Although authors tend to keep the distinction of POV clearer in first-person narrative, many still rely unnecessarily on the first-person POV-Duh!  Hence, “I can remember Aunt Lendia taking me to school every morning, and I know she did that because she loved me” would be more succinct without the POV-Duh!s: “Aunt Lendia used to take me to school because she loved me.”

Description is nearly always more vivid if whatever your POV character perceives is allowed to be the subject of your sentence(s), especially if narrated with character-revealing attitude.  Consider how the POV-Duh!s can be eliminated from the paragraph about Marty and those intruding teens.

Marty peeked out his front door.  Two jittery teenagers stood on the sidewalk.  A third teen leaned against a parked car, a luxurious model Marty once rode in several years before.  Birds chirped frantically overhead.  Smoke with the odor of drugs wafted about, an infuriating invasion of the neighborhood.  Those teens didn’t care about intruding on someone else’s property.  They probably stole that car.

Because we were in Marty’s POV, everything described must have been perceived by him.  Likewise, all attitude and interpretation must have belonged to Marty, including “jittery” teenagers and birds chirping “frantically.”

Every time you eliminate a POV-Duh!, look for ways to inject even more interpretation and attitude.  Consider: “Cheryl watched the old man spending an inordinate amount of time peering at their neighbor’s shed, and she thought that he was trying to ascertain something.” Already in Cheryl’s POV, you can simply say, “The suspicious old man was snooping around their neighbor’s shed.”  We will understand that this description is her interpretation of what she observed, and that it shows her attitude about the old man.  Unsophisticated writing might err in assuming that because the author knows the old man is seeking evidence of his stolen lawnmower, Cheryl’s POV should—or even can—reveal that information without a believable source of that knowledge.  Concentrating on revealing only the POV character’s attitude helps us avoid divulging facts not in evidence.

Let us try giving Marty even more attitude as we eliminate those insulting POV-Duh!s.

Marty peeked out his front door for a better look at the intruders.  A couple of jittery teenagers loitered suspiciously on the sidewalk, clearly up to no good.  A third teen leaned against one of those luxury cars, the kind in which Marty only once had the privilege to ride.  Birds chirped frantically overhead, as if warning neighbors to beware of such thugs.  Smoke wafted about, likely drugs perniciously invading what used to be a safe, friendly neighborhood.  Those hoodlums didn’t care about intruding on others’ property.  They probably even stole that car—and no telling what else!

Not one word beyond the opening sentence directly described Marty, but with U-POVRs replaced by words that truly conveyed his Point Of View, we described his mindset and therefore made him more real.  A subtle form of Watch-Not-Tell, that technique invited you to discover how he thinks, then trusted you to stay with him without constant reminders.

Thanks for visiting, for commenting, and for spreading the word about GeezWriter’s new website and materials. If you’re an expert offering writing how-to and/or services, consider joining GeezWriter and our talented crew. If you would like to meet me in person, watch for me, Michael Lynes, Stephanie Collins, et alia, at the Southeastern Book Marketers Conference 9/30 to 10/2 in Atlanta.

That old saw about authors being half writer and half marketer forgets the most important part: students of the craft. Whether you take classes or study how-to materials or simply read critically, always look for the best writing and learn from it. You might just amaze yourself with new levels of quality in your own work!

Traci has decided to give away two prizes during this tour:

*ONE unsigned paperback copy of Before You Publish– Volume I

*ONE unsigned paperback copy of Beyond The Book –Volume II

To enter, all you have to do is email her a proof of purchase of a digital copy of either of these two books during the tour.

She will draw TWO winners total, at the end of the tour.

Please email your proof of purchase (can be a screenshot) to tsanderspublishing@yahoo.com.

TIP 242: Places to advertise your FREE book, or your book for free

You can find this tip, and many more on marketing… 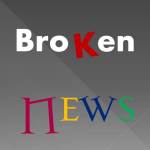 The first news I heard about KDP Print was in an email from Amazon on February 15th. Since then, I’ve read articles, blog posts and comments about it and watched the praise given by Amazon for this service dwindle quickly.

In the email, Amazon announced they were making print book publishing easier for writers. They stated, “KDP prints your book on demand and subtracts your printing costs from your royalties, so you don’t have to pay any costs upfront or carry any inventory.”

That’s what CreateSpace does. Sort of. I believe CreateSpace takes the cost of the printing of the book from the sale price, then takes a cut of the royalties. Until I see the numbers and do the math, I am unsure which service will offer a better financial deal for authors.

The message also stated, “It also enables you to receive consolidated royalty payments for paperback and…

Some novels and stories are nearly all action. Others have a few action scenes, or may feature just one at the climax. Your action scenes need to contrast with the rest of your story so readers are caught in the emotion and urgency. Even all-action stories slow at times so readers “catch their breath.” It re-establishes a baseline. Then the escalation has oomph. Use these techniques as you write action scenes:

–SELECT POINT-OF-VIEW (POV): Choose one character’s POV, and stick with it. Avoid breaking action for the scene or chapter break that a change in POV requires. The protagonist (good guy/hero) is the obvious choice. Still, an antagonist (bad guy/villain) or other key character’s POV prevents having to reveal the hero’s strategy. Showing POV at the center of action helps readers feel tension, but an observer might be able to see more. If multiple points of action occur at the same time, the “bigger picture” helps preserve POV.

–PRE-SET THE SCENE: As much as possible, acquaint readers in advance with the setting, props, and characters who will appear.

Do not slow or stop action scenes to describe much more than the unfolding plot. Put that gun in the dresser during Act I so she can reach for it in Act III.

–PURGE EXPOSITION: Avoid stopping the story to fill in “expository” info. Action scenes are not the time for background, back-story, and plotless facts. When the wolves attack, do not hit PAUSE to explain wolf-pack behavior. Do not slow an urgent defense to explain why B’kar hates to unsheath his sword. Never stop action to tell us how fast it is all happening.

–USE SOUND EFFECTS: Your prose does not have the luxury of music (yet), but you can add sound. Sound effects add atmosphere. They heighten tension. Watch a movie or TV show and notice how sound effects increase during action. Do not unspool slow sentences describing sound. Show them in italics, maybe with brief labels: Cannons roared! Boom! Boom-boom-boom! “Light it!” Sssss, hissed the fuse. Boom!

–PICK UP THE PACE: Whatever pace your non-action scenes set, increase it dramatically for action. Keep characters in motion.

Well-paced action scenes are impossible to stop reading. They engage readers and keep them alert. They add flavor to every kind of story.
Now get yourself moving before it’s too late. Write some action.

A member of Fresh Ink Group, Stephen Geez is the author of many novels, collections, non-fiction, articles, and web postings. Watch for his writing how-to’s at http://www.GeezWriter.com.